What Are The Types Of Hiring Discrimination And How To Prevent It?

by admin
in Workplace News

Hiring discrimination is when a current or potential employer judges anything other than meritocracy and the ability of the candidate to perform the task at hand.

Hiring discrimination happens more often than you think and can seriously affect the individuals involved and the organization it takes place. 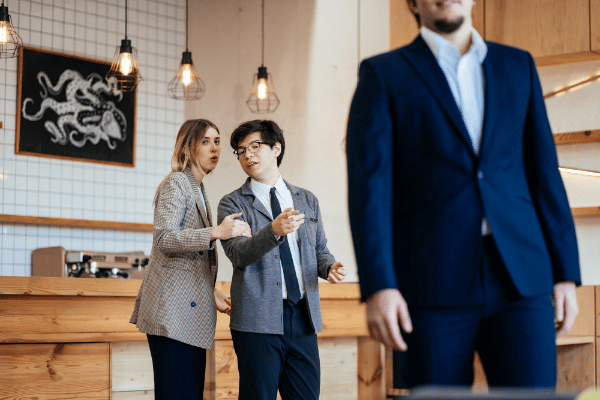 Discrimination in a Changing Recruitment Environment

The world is not the same place it was a few decades ago. As a result, the fight against discrimination and bias has gained more support. Today, organizations have no choice but to toe the social justice line.

Potential employees and employers must be more aware of recruitment bias and discrimination. We also understand discrimination a lot more today than we did before. We know that bias can be direct and deliberate, but it can also be implicit in people and systems.

As the world moves closer towards a safer and better place for all groups and types of people, organizations, recruiters, and employers must embrace the changes and join in the enlightened move to inclusivity.

There are various types of hiring discrimination to look out for. However, it is essential to remember that it is only considered discrimination if the bias is not based on specific requirements for the position as stipulated in the job description or advert.

This refers to discrimination based on the biological age of a job applicant. Some people have an inherent bias towards older people or young adults in their late teens and early twenties.

Probably one of the most common forms of discrimination is racial. Cultural and ethnic discrimination both fall under this category. Here, racial biases based on indoctrination play a significant role in how an employer or recruiter treats and rates a potential employee.

Discrimination based on physical attributes besides race and gender falls into this broad category. That being said, race and physical appearance are often interconnected in terms of bias.

Discrimination based on physical appearance can be anything from an employer commenting on your dress sense or suggesting laser tattoo removal treatments.

Many people are unfairly discriminated against based on their marital status too. For example, civil partnerships are sometimes looked down on, and many consider marriage old-fashioned and silly.

Any time somebody treats a potential employer differently based on their civil partnership or marital status, it is considered discrimination.

Another common form of hiring discrimination. Although some jobs are legally or practically unfit for pregnant women or women with children, this cannot be a condition of employment unless specified and justified.

Any religious or philosophical beliefs fall under this category. Additionally, it includes atheism and other forms of non-belief. No employee or potential employee should be treated differently based on faith or lack of belief in any religion.

The term disability refers to a person with a physical or mental impairment that adversely affects their ability to function normally. Some professions are not suited for certain types of disabilities, but discrimination often occurs when there is no occupational motive to justify it.

How to Avoid Discrimination in Recruitment

Recruitment discrimination is, unfortunately, a massive problem. However, it is also severe, and some laws protect people from it.

Employers should do their best to steer clear of any type of discrimination to avoid legal consequences. Also, we all know that it’s the right thing to do, and remember that you are more likely to find the best candidates by casting a wider net.

You should follow these tips to ensure that you are not discriminating during your recruitment process.

Identify the skills the applicant needs

Any potential candidate should understand the skills and duties required for the job if you are specific about the skills required. Selecting abilities should be done objectively, and make sure that people from diverse backgrounds can fulfill them efficiently.

Make a list of suitable candidate characteristics and skills

You should only interview candidates who meet the criteria and skills set when reviewing CVs. Shortlisting applicants should not be influenced by personal bias or stereotypes.

Conduct a fair and effective interview

When assessing essential criteria, you should ask the same questions. Making assumptions about candidates based on their behaviors is not a good idea.

To ensure that you don’t get unfairly labeled as a discriminatory employer, you should record your recruitment process and the reasons for all your choices.

Both sides need to understand the rules and legalities around hiring discrimination so that they can act fairly and respectfully toward all potential employees.

Mistakes to Avoid When Trying to Improve Employee Retention

Op-Ed: The Human Case for Diversity, Equity, Inclusion, and Belonging

Tips for improving the recruiting procedure in a company

How to Avoid Losing Trust in the Wake of Potential Layoffs

Why HR must be involved with the digital employee experience

No Result
View All Result