A much-needed rise in the number of students on nursing courses across the UK this year has been welcomed, but it comes with a stark warning on the need to ramp up efforts to retain them and ensure they enter the workforce in future. It comes as academics say it remains unclear what impact Covid-19 has had on attrition rates and as undergraduates continue catching up on missed studies due to the pandemic.

As those in the autumn intake of student nurses prepare for the next academic year, Nursing Times has analysed how education has been disrupted and changed over the past 18 months, exploring what the future holds for those in training.

Figures show that, as of 25 August, 33,240 new students had been placed onto nursing courses across the UK for 2021-22 – up 5% from the year before. The picture varies across the four nations, with the most significant increase seen in England (6.5%).

In Scotland there was a rise of 1% and in Wales there was a drop of less than 1%. While in Northern Ireland, it seems there is currently a 11% fall in the number of students placed compared with the previous year.

The figures come from the Universities and Colleges Admissions Service (UCAS) in its latest clearing statistics, which were updated daily until 27 August.

Other trends seen in the UCAS data are a rise in mature students and those aged 18 but a downturn in the number of students in their early 20s placed on nursing programmes.

Figures also revealed that the number of men accepted onto nursing courses had remained similar to last year at around 2,800, versus a 5% increase in the number of women.

Professor Jim Buchan, a senior visiting fellow at the Health Foundation, welcomed the overall growth in placed applicants across the UK, but warned there were several “qualifications” of which to be aware.

For example, it was not yet clear whether these students were going into areas in which they were needed most, such as mental health and learning disabilities, he said.

“We need to get behind the national headline, and be assured that we are seeing significant growth into the part of the register and geographic regions that have the biggest shortage,” he said. 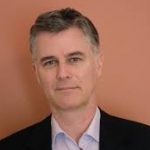 Additionally, he stressed the need to ensure students were “supported and enabled” to stay on courses and join the workforce, especially in the wake of the coronavirus pandemic. “There appears to have been relatively significant attrition across the years,” he said.

“It’s not yet clear what impact Covid will have had last year on student nurses working in the front line, but we need to not rest on our laurels just because we’re getting more acceptances. What we need to ensure is that those are supported through, to be able to enter the nursing workforce,” he said.

To combat attrition rates, Professor Buchan said research from Health Education England suggested there was a real need to ensure students had the right supervision and support in place to help them.

Work was also needed around providing “flexibility”, he said, noting there were “hardly any part-time” nursing courses. This was especially necessary for mature entrants whose “requirements to balance study and other life commitments may be more complex and more challenging”, he said.

Also concerned about the impact of Covid-19 on attrition was Professor Jane Perry, dean of health, sport and bioscience at the University of East London and the England convenor at the Council of Deans of Health.

“One of the challenges during the pandemic has been around student retention,” she said. “Our hope is that we really do want to be able to keep them and make them feel that they’re really valued in the workplace.”

She believed some students would have left their course during the pandemic but said members of the council had not reported an increase in student non-continuation rates during Covid-19 as of yet.

Over the past 18 months, Covid-19 has had a “profound effect” on nursing education, stressed Professor Perry, who is a nurse by background.

From the shift to online learning and the introduction of paid, non-supernumerary clinical placements, there was no doubt the past academic year had been “very challenging” and “disruptive”. But she said student nurses had made an “invaluable contribution” to the pandemic response.

Her comments follow a recent survey by Unison which indicated that two-thirds of students and newly qualified nurses and midwives felt they had missed out on important learning experiences during the pandemic.

Meanwhile, more than half of final-year respondents were worried they were not as prepared for their newly qualified role as they should be.

Last spring, thousands of third- and second-year students were deployed into paid clinical placements – giving up their right to supernumerary status – to support the nursing workforce during the pandemic. It was agreed those in their first year of studies would do theoretical work only.

Then, in January this year, at the peak of the winter surge of infections, final-year students in England were once again remobilised.

For those who did not opt for the placement offer, there were concerns around how they would complete the 2,300 placement hours required by the Nursing and Midwifery Council. Nationally, this was still an ongoing challenge, noted Professor Perry.

However, she said most universities were now in a “recovery stage”, with a focus on placements and “trying to catch students up”.

“I think [universities] are doing a fairly good job of it,” she said. “There has been a lot of effort through new and creative ways of doing things to try and feed that backlog.”

Throughout the pandemic there has been a greater focus on the use of virtual technology and simulation activities for students.

Universities have been using simulation suites to plug placement gaps with the backing of the NMC which, in the wake of the pandemic, enabled students to undertake up to 300 hours of simulated learning across the length of their programmes.

Professor Perry added: “There is a very strong drive now around digital innovation, simulation, immersive technologies – they are really brilliant for enacting great scenarios you might not even see in practice.”

Technology also helped to reflect current practice, such as the shift to online consultations. But Professor Perry warned it required an “expensive investment” for universities.

In addition, the impact of the pandemic meant many students had been carrying out their theory work remotely. Professor Perry acknowledged that it was important for students to have some face-to-face learning, but stressed that some of the positive digital innovations born out of Covid-19 should be maintained. 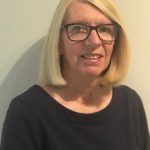 The consensus was that most nursing programmes would adopt a “blended approach”, going forwards, comprising a mix of online and face-to-face learning, she said.

However, James Savage, a third-year mental health nursing student in Liverpool, warned that a lack of face-to-face learning had made the academic side of his course “significantly harder”.

Mr Savage, a neurodiverse student, felt those with dyslexia, dyspraxia or attention deficit hyperactivity disorder, for example, were “disadvantaged by online learning”.

He said a lot of additional support on offer to those who were neurodiverse was designed for the classroom and, therefore, ineffective in a virtual environment.

He expected the “vast majority” of the final seven months of his course to be delivered online, whereas new students would have a blended approach.

Mr Savage carried out a paid placement on an acute mental health ward during the first surge of the pandemic. It had been a “good learning opportunity”, he said, but not without its challenges. 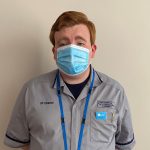 A key difficulty had been his transition back to supernumerary status. “A lot of people got used to student nurses [being] in the numbers during the paid placements, and it’s making sure they were aware the students were now supernumerary and had to be treated as such again,” he said.

Having exceeded the number of hours needed for placements last year, he was not required to use simulation…